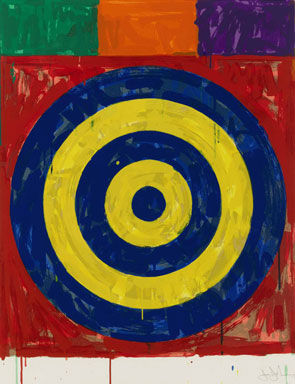 NEW YORK, NY.- Sotheby’s spring sale of Modern and Contemporary Prints presents a strong selection of works from the 19th century to present day and will take place on April 30 and May 1, 2009. Works from the sale will be exhibited at Sotheby’s New York galleries beginning April 26.

Within the American prints offered there will be vibrant Gustave Baumann woodcuts of the American Southwest; a seemingly unrecorded Childe Hassam wood engraving titled The Lillies (est. $6/8000), an image relating to both to an etching and a 1905 drawing depicting a nude woman gathering flowers; and a very fine impression of James McNeill Whistler’s haunting etching Nocturne: Salute (est. $40/60,000).

Amongst the Modern European prints is Claude Flight’s Spring, from the Four Seasons series. The image was executed in 1926 and does not appear to have been sold at auction since 1989. Estimated at $25/35,000, this rare and beautiful linocut is a whimsical representation of the British Grosvenor School aesthetic, a movement forged by Flight in the 1920s and 30s.

A portion of Maurits Cornelius Escher’s seminal woodcut Metamorphosis III will be presented at $25/35,000. Only part of the completed composition, which measures over 20 feet long, this proof shows part of the 5th and 6th segments, wherein the image evolves from fish to horses to birds.

A wide selection of contemporary prints will be led by Cy Twombly’s 1967 rarely seen Untitled II (est. $100/150,000). From an edition of only 23, the composition demonstrates the depth of tone that such a delicately layered aquatint can produce, and it is expected to appeal to collectors of the artist’s prints and unique works on paper alike. Additional Twombly prints include Note II, a 1967 etching (est. $30/40,000) and Untitled (On the Bowery), a 1969 screenprint (est. $20/30,000).

Minimalism is represented by Barnett Newman’s Note X and Note XII, the second states of etchings completed in 1968, each offered at $15/20,000, as well as a small group of Donald Judd etchings ranging in estimate, including a portfolio of 15 works estimated at $22/28,000.

The rich orange and brown tones of a sunset over the Hollywood sign have proven to be one of Ed Ruscha’s most memorable early screenprint images, and we are delighted to offer an example here at $50/70,000.