“Achieving a strong sell-through rate was an important goal for tonight’s auction,” said Simon Shaw, Head of Sotheby’s Impressionist and Modern Art Department in New York, “and therefore the fact that 80% of our lots found buyers is a very positive message for the market. This was our highest sell-through rate in the category in two years. As the spirited bidding on a number of lots indicated, there are clearly buyers participating in our market today. The two disappointments of the evening, Picasso’s portrait of his young daughter and Giacometti’s Le Chat are both extraordinary works with tremendous provenance and of great quality and each was much admired before the sale.”

“There were a number of successes this evening” said Emmanuel Di-Donna, Vice Chairman of Sotheby’s Impressionist & Modern Art Department Worldwide. “The remarkable price achieved for the Mondrian can be attributed to its provenance, freshness on the market and its attractive estimate. The same applied to the property from the Havemeyer collection, which generated an enormous amount of bidding with each work achieving a price well above its high estimate. Four works by Tamara de Lempicka from the collection of German fashion designer Wolfgang Joop attracted strong competition and sold for a total of $13.8 million, and we achieved a record for that artist at auction.”

Piet Mondrian’s Composition in Black and White, with Double Lines was the top lot of this evening’s sale, nearly doubling its high estimate of $5 million to sell for $9,266,500. The distinctive provenance of the work was compelling—the painting was acquired directly from the artist by collector Eugene Lux, a Hungarian-born engineer, artist and inventor who visited Mondrian in his studio in Paris in May 1934 -- and may have contributed to the development of the painting. The three lots from the esteemed H. O. Havemeyer Collection were very enthusiastically received, with all selling well above their high estimates. The total estimate for the group was $3.5/4.8 million and they achieved a total of $9,039,500. Claude Monet’s Voilier sur Le Petit Bras de la Seine, Argenteuil, which had been on loan to the Metropolitan Museum of Art for the past fifteen years, sold after spirited battle involving six different bidders in the room and on the phone, for $3,498,500 (est. $1.2/1.8 million). 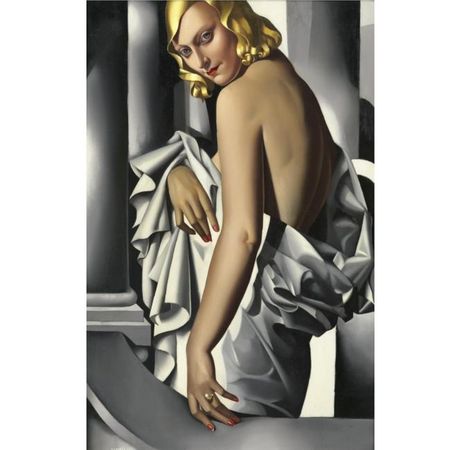