LONDON.- A major photographic exhibition Beatles to Bowie: the 60s exposed opens at the National Portrait Gallery, to herald the fiftieth anniversary of the start of the 1960s in 2010. Celebrating the leading pop music personalities and groups who helped create "Swinging London" in the 1960s, the exhibition will show how The Beatles and rivals such as the Rolling Stones and The Kinks set the musical agenda. Bringing together 150 photographs and 150 items of ephemera including record sleeves, illustrated sheet music and magazines, the exhibition will be arranged chronologically in ten sections covering each year of the decade.

The exhibition includes classic images - as well as over 100 previously unseen or unexhibited ones - of groups such as The Beatles, the Rolling Stones, The Kinks and The Who and early portraits of singers such as Cliff Richard, Billy Fury, Marianne Faithfull, Jimi Hendrix and David Bowie. Beatles to Bowie: the 60s exposed will illustrate how image, music, fashion and performance combined to make these musicians the leading icons of their time and London the world's most important cultural capital.

The essential rivalry of The Beatles and the Rolling Stones is played out visually by a variety of top photographers who helped create and endorse their changing images. Younger photographers such as Fiona Adams and Philip Townsend also feature as the exhibition explores how they took over from established masters of earlier eras such as Cecil Beaton and Norman Parkinson, who themselves continued to work during this period, re-energised by the youthful spirit of the time.

Early sections of the exhibition will include photographs of the hit groups from the early 1960s such as Gerry and The Pacemakers to the John Barry Seven whose signature Hit or Miss provided the introductory theme to Juke Box Jury, one of the many television programmes that brought the new pop to a wider public.

A series of 10 showcases will feature pop ephemera including pop magazines such as Fabulous and Rave and pictorial spreads from Town magazine showing Don McCullin's photo-essay on Marc Bolan as a Mod before he was famous and Norman Parkinson's pictures for Queen magazine in which Adam Faith demonstrated the Madison dance with top models (both in 1962).

Other sections of the exhibition will be devoted to the mini-invasion of US stars who moved to England to start their careers such as P J Proby, the Walker Brothers and later Jimi Hendrix.

The exhibition will show how female British singers not only created many pop classics but served as important role models, pioneering and promoting British fashion designers - such as Cilla Black and Lulu being dressed by the 21-year-old Caroline Charles and Sandie Shaw developing her own fashion lines.

Beatles to Bowie: the 60s exposed will also show how, as the decade progressed, pure pop was replaced by progressive music and psychedelia by groups such as Pink Floyd. Visitors will be able to see how Joe Meek's ‘Telstar' opened this extraordinary decade and how man's first step on the moon led to the first hit record by David Bowie with ‘Space Oddity', paving the way for his domination, along with Marc Bolan, of Glam Rock in the following decade.

Beatles to Bowie: the 60s exposed is curated by the National Portrait Gallery's Curator of Photographs, Terence Pepper, whose previous exhibitions at the Gallery include the award-winning Vanity Fair Portraits, Angus McBean Portraits, Cecil Beaton Portraits and the display Beatles on the Balcony. 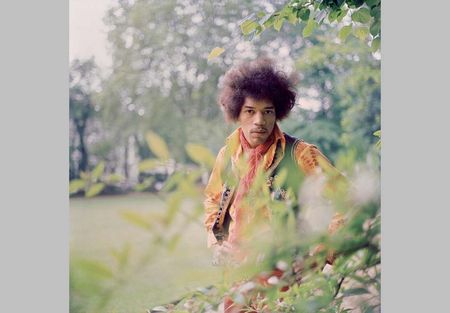