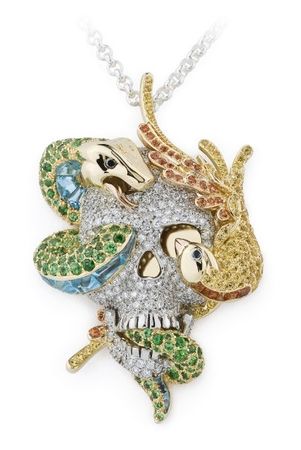 Robinson Designer Goldsmith is based in Auckland, New Zealand. It is a totally family operated business established in 1986, originally as a diamond importing company, but evolving into one of New Zealand's premier jewellery destinations. Michael Robinson is a new friend on Facebook and I want to share with you the marvelous jewels create by him and his brother David, specially in the "Art Collection", the "Vanités". www.rdg.co.nz