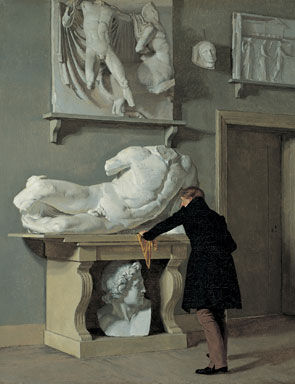 Christen Købke, View of the Plaster Cast Collection at Charlottenborg, 1830. The Hirschsprung Collection, Copenhagen. © courtesy of the owners

LONDON.- 'Christen Købke: Danish Master of Light' is the first monographic exhibition of paintings by Christen Købke (1810–1848) ever to be shown outside Denmark.

Købke is arguably one of the greatest talents of Denmark’s Golden Age, yet a solo exhibition of his work outside his homeland has eluded him until now.

This show comprises 48 of Købke’s most beautiful and distinguished works spanning a variety of genres: landscape, topography, portraiture and his charmingly oblique depictions of national monuments informed by a decidedly avant-garde sensibility. They present some of the most innovative aspects of his work – including outdoor sketching, his fascination with painterly immediacy and his unique treatment of light and atmosphere.

Scenes include those of his home town, Copenhagen (The Northern Drawbridge to the Citadel in Copenhagen, 1837, National Gallery, London); portraits of many of his family and closest friends ('Portrait of the Artist’s Mother, Cecilia Margrete Købke', 1836, Statens Museum for Kunst, Copenhagen); detailed representations of fellow artists ('Portrait of the Landscape Painter Frederik Sødring', 1832, The Hirschsprung Collection, Copenhagen) and of Danish national monuments ('Frederiksborg Castle View Near the Møntbro Bridge', 1835, Statens Museum for Kunst, Copenhagen)

Denmark’s ‘Golden Age’ – the term used to describe the amazing diversity of intellectual, scientific and cultural achievements of the first half of the 19th century – was nevertheless a time of social inequality and economic collapse as the nation was declared bankrupt in the wake of the Napoleonic Wars. Yet Denmark recovered with remarkable swiftness and creative endeavour to produce in its art defining images of a peaceful, innocent, ordered society.

Painters such as Købke reflected this renewal of national pride, depicting their lives and reflecting their surroundings through their art. Købke’s work demonstrates his ability to endow ordinary people, places and simple motifs with a universal significance, creating a world in microcosm for the viewer ('Cigar Seller at the Northern Exit from the Citadel', Musée du Louvre, Paris).

Købke never strayed far from his home city. He left Denmark for only one brief period between 1838 and 1840, reluctantly making the obligatory artists’ pilgrimage to Italy and painting scenes such as Castel dell'Uovo in Naples, (1838, Statens Museum for Kunst, Copenhagen). Købke found his inspiration more readily in Copenhagen painting his immediate surroundings, almost all of which were within the fortified walls of the Danish capital ('View from Citadel Ramparts Towards Langelinie and the Naval Harbour', Statens Museum for Kunst, Copenhagen).

The ‘Golden Age’ has become known as ‘the age of Købke’ and his precise and clear-cut manner, sharp focus and pristine light are now synonymous with our image of this time of unsurpassed creative flowering.

Christen Købke: Danish Master of Light is organised with the National Galleries of Scotland, Edinburgh, where it will follow from 5 July until 3 October 2010. Christen Købke, View of the Bay of Naples with Vesuvius in the Background, 1839. Statens Museum for Kunst, Copenhagen. © SMK Foto

Another paintings from Christen Købke: 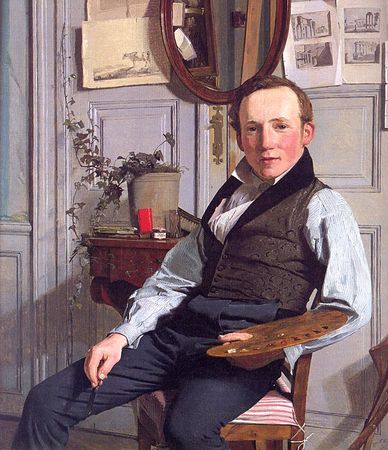 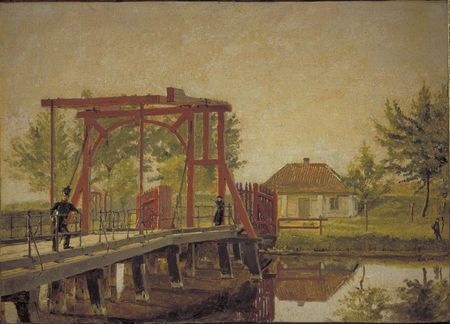 Christen Købke, ‘The Forum, Pompeii, with Vesuvius in the distance’ (1841)