Dubai – Christie’s Dubai will for the first time present a wide range of period jewels from the Art Deco period (1920 to 1935) in the upcoming April auction, alongside pieces by nine contemporary jewellery designers and a range of exquisite diamonds and coloured gemstones. The watch section will include 43 rare and highly collectable watches including an exceptional diamond-set Patek Philippe wristwatch.

“It is with great pleasure that we introduce to our Dubai jewellery sales and the Middle Eastern market period jewellery for the first time. We will showcase unique pieces from the Art Deco period, an era of jewellery design that is highly sought after and collected throughout the world, alongside a strong section of talented Middle Eastern and international contemporary jewellery designers. This juxtaposition of two periods in jewellery design will illustrate the sheer diversity and momentum behind the jewellery craft in the last 100 years, allowing collectors insight into the designs and techniques used during the 20th century. We are delighted to be offering such a fresh perspective this season,” said David Warren, International Director of Christie’s Jewellery department and Head of the Middle Eastern Jewellery department.

The 1920s and 1930s jewellery designs cast off the delicate lace-like settings and classic femininity of the Belle Epoque era (1895-1915). The new style was dynamical strong, clean cut and overtly angular, complementing the highly fitted business-like haute couture of the early 20th century. Designed as an angular vase composed by a rectangular and marquise-shaped emerald with baguette and rose-cut diamond borders, to the old-cut diamond floral arrangement, circa 1925, 4.0cm long. Signed Cartier London. Estimate: $10,000-15,000. 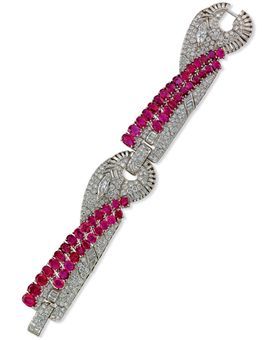 Notes: In 1919, Mario Buccellati opened his first shop in Via Santa Margherita in Milan. In the following years, the fame of Buccellati jewels began to attract the attention of royalty all over the world. In 1925, he opened a shop in Rome, in Via dei Condotti followed in 1929 by one in Florence, in Via Tornabuoni. In 1951, Buccellati crossed the Atlantic and opened its first shop in New York. Gianmaria Buccellati one of the three sons of Mario continued his father's activity by preserving the Buccellati excellence and unique style. Production is carried out today by around 150 Italian craftsmen and with shops all over the world including London, Moscow, Paris and Hong Kong. Each jewel is recognisable by its distinctive delicate lacy style, inspired by Renaissance craftsmanship and with influences from the 18th century French Rococo period. The unique 'Buccellati style' is and will always be synonymous with excellence, perfect harmony and splendour.. 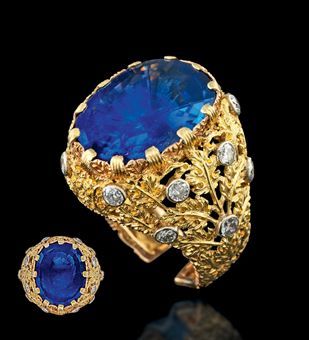 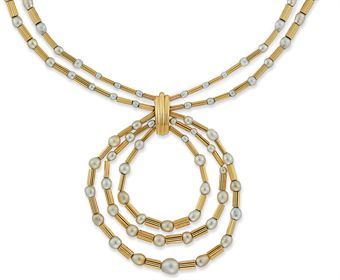 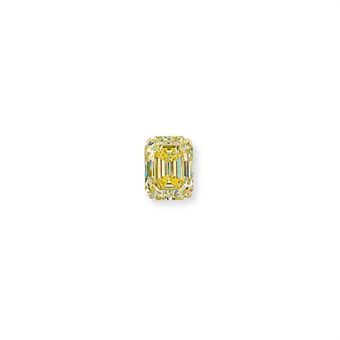 Accompanied by report no. 5111589160 dated 14 January 2010 from the GIA Gemological Institute of America stating that the diamond is natural Fancy Intense Yellow colour, VVS1 clarity. Accompanied by report no. 2115019072 dated 6 August 2009 from the Gemological Institute of America (GIA) stating that the diamond is natural Fancy Light Yellow colour, VS2 clarity. 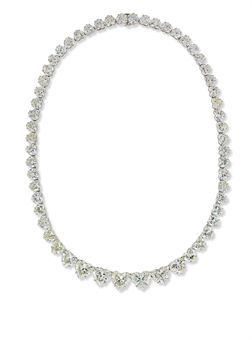 Accompanied by report no. 17492414 dated 18 December 2008 from the Gemological Institute of America (GIA) stating that the diamond is D colour, Internally Flawless clarity.

In the past sales seasons the watch section of the sale has achieved a staggering sell-through-rate average of 95%. This strong performance has increased consignments from private collectors each season and established Dubai as a key sale location for watches. Most of the 43 watches on offer on 28 April are from private collectors and include watches, made by Patek Philippe, Constantin Vacheron and Audemars Piguet; as well those from a small private collection, of which the second half will be sold by Christie’s in Hong Kong in May. Individual estimates range from $2,000 to $150,000. The top estimate is carried by a Patek Philippe, ref. 5971P (estimate: $150,000-230,000 / AED550,000-840,000). This timepiece combines the intricacies of mechanical composition with the stunning luxury of diamonds and platinum. It also features the most quintessential of complications – the perpetual calendar, chronograph and moon phase with day and night indication. To date this is only the second reference 5971P to be offered at auction; the first one was sold at Christie’s Hong Kong in 2008. This timepiece combines the intricacies of mechanical complication with the stunning luxury of diamonds and platinum. Perfectly set with 36 flawless rare white Top Wesselton baguette diamonds of an impressive 4 carats in total, Reference 5971 is the ultimate in horological aesthetics. This outstanding timepiece features the most quintessential of complications - the perpetual calendar, chronograph and moon phase with day night indication. The CH 27-70Q calibre, manufactured by Nouvelle Lémania, is considered by many connoisseurs to be the epitome of classic column wheel chronograph engineering. Testimony to the prestige of this timepiece is that Patek Philippe considers the Reference 5971 as their only Haute Joaillerie watch in the Grand Complications category.

Established in 1845, Glashütte is renowned for its functionality and its design, based on its strict attention to detail in both movement and dials. Christie’s offers a platinum and diamond-set automatic flying tourbillon wristwatch, limited edition, number 25/25 for $50,000-70,000 / AED190,000-250,000. Platinum and diamond-set automatic flying tourbillon wristwatch with date display,limited edition of 25. No. 25/25, manufactured in 2007.

Notes: Established in 1845, Glashütte is renowned for its functionality and it is one of the most reputable of the Saxony watchmakers. Synonymous with Glashütte design is their attention to detail on the movement and dials. This exquisite timepiece is no such exception, with its sunray-style guilloché pattern radiating across the dial and on the reverse, the signature Glashütte perlage surface decorates the three-quarter plates. This stunning PanoMatic Tourbillon features sixty-four brilliant-cut diamonds on the bezel with a Flying Tourbillon within. This great complication houses a balance, pallets and an escapement wheel within a cantilevered carriage that revolves 360 degrees every minute, hence compensating for the effect of gravity.

Breguet, one of the most historic watch brands in the world is known by many as the watchmaker to Kings. It was Breguet who first invented and patented the tourbillion in 1801, as a way of ensuring that the movement rate of pocket watches would not be affected by gravity. The watch on offer is a platinum and pink gold manually-wound tourbillon wristwatch, made circa 1995 (estimate: $30,000-40,0000 / AED110,000-150,000). Platinum and pink gold manually-wound tourbillon wristwatch. No. 68p, circa 1995.

One of the most historic brands in the world, Breguet is known by many as the Watchmaker to Kings. It was Breguet who first invented and patented the tourbillon in 1801, as a way of ensuring that the movement rate of pocket watches would not be affected by gravity. The Messidor tourbillon is considered to be one of the finest of the Breguet time pieces, housing a transparent regulator that appears to float between two sheets of sapphire crystal.