Chinese artworks from an Apartment by Jed Johnson @ Christie's London

Chinese artworks from an Apartment by Jed Johnson @ Christie's London 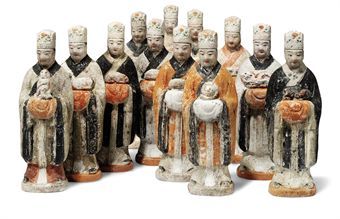 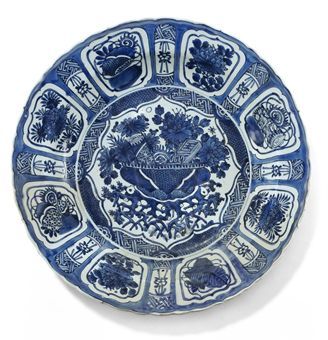 Well painted with a basket of peony and scrolls at the centre, the roots of the peony descending from the basket, within a typical border of radiating lappets enclosing precious emblems and floral motifs - 19½ in. (50 cm.) diameter.  Estimate £800 - £1,200 Price Realized £3,000 The first painted with three oval panels each of a scholar and a boy attendant, one also with a deer, reserved on a scrolling foliage ground, mid 17th Century; a baluster jar with scrolling lotus; and the third with quatrefoil panels and floral sprays, both Kangxi - The largest 13¾ in. (35 cm.) high (3) - Estimate £800 - £1,200 Price Realized £3,000 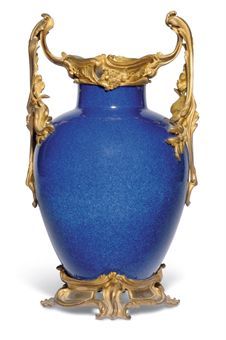 The first of olive-green jade and of circular form with pierced centre, covered on the upper and lower exterior surfaces with gilt metal repoussé and pierced with a design of wild beasts and floral sprays; and the second of a grey hardstone and of rectangular form, similarly decorated in gilt metal, the box interior divided into two compartments - 2¼ in. (5.7 cm.) diameter; 2¼ in. (5.7 cm.) wide (2). - Estimate £300 - £500 Price Realized £250