"Eye for the Sensual: Selections from the Resnick Collection" @ The Los Angeles County Museum of Art (LACMA)

"Eye for the Sensual: Selections from the Resnick Collection" @ The Los Angeles County Museum of Art (LACMA) 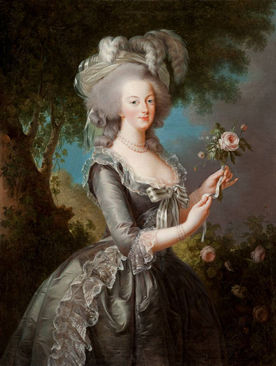 LOS ANGELES, CA.- The Los Angeles County Museum of Art (LACMA) presents Eye for the Sensual: Selections from the Resnick Collection, which features more than 100 paintings, sculptures, and decorative arts from the collection of Lynda and Stewart Resnick, long-time patrons of the museum. Since the early 1980s, the Resnicks have collected in many areas ranging from European to American and modern art. This exhibition will reflect their interest in European painting, sculpture, and decorative arts from the sixteenth to the early twentieth century. Eye for the Sensual is one of three inaugural exhibitions to open the new Lynda and Stewart Resnick Exhibition Pavilion, named in honor of the Resnicks’ generous donation to LACMA’s ongoing Transformation campaign. The exhibition will be on view from October 2, 2010, through January 2, 2011.

"Eye for the Sensual presents a truly unique opportunity for the public to view the distinguished and diverse collection of Lynda and Stewart Resnick," says Michael Govan, LACMA CEO and Wallis Annenberg Director. "The exhibition—designed by Pier Luigi Pizzi—will beautifully illuminate the Resnicks’ broad taste and great love for collecting."

The Resnick collection is rich in eighteenth-century French paintings. Portraits, landscapes, still lifes, and mythological scenes illustrate the variety of subjects and styles adopted by painters of that school. François Boucher and his pupil, Jean-Honoré Fragonard, are particularly well represented with three paintings each. Two of the paintings by Boucher—both sensuous representations of Venus—were originally commissioned by the artist’s greatest patron, Madame de Pompadour, for one of her many residences. The third work, Leda and the Swan (1742), was known only through a second version at the Nationalmuseum in Stockholm before the Resnicks acquired the original. Fragonard’s paintings display the artist’s versatile talent and reveal, in turn, a world of playful eroticism, deep passion, and domestic intimacy.

The "feminine" aspect of the Resnick collection has often been noted: on one hand, many of the paintings’ subjects, whether allegorical or mythological, glorify the female form. On the other, numerous female artists are represented in the collection: Anne Vallayer-Coster with a still life of flowers; Elisabeth Louise Vigée Lebrun whose imposing Portrait of Marie Antoinette, Queen of France (1783), commissioned by the sitter, evokes the doomed splendor of the last days of the French monarchy; and Marguerite Gérard, who, under the guidance of her brother-in-law Fragonard, achieved fame in late eighteenth century for her portraits and genre scenes. Two of the Gérard works on view are small, intimate portraits of sitters who belonged to the artist’s enlightened circle of friends. A larger genre scene shows a female artist in her studio, a personification of Gérard’s own success and social status in the changing art world of early nineteenth-century France.

The Resnick collection also includes important Italian, Flemish, Dutch, and French paintings from the seventeenth and eighteenth centuries. Francesco Guardi’s Ridotto at Palazzo Dandolo (1750s), a recent addition to the collection, is a vivid image of gambling and masquerade in eighteenth-century Venice that evokes the risqué world of Casanova. Among the Northern paintings, the vigorous Revel of Bacchus and Silenus (c. 1615) executed by Jacob Jordaens while still in his twenties exudes verve and passion, and a rare pair of decorative tondos (circular paintings) by the little–known Dirk van der Aa reveals an unexpected aspect of late eighteenth-century Dutch painting. Two French masterpieces frame the core group of late eighteenth-century works: Simon Vouet’s dignified representation of the goddess Diana and her companions from around 1640, and Jean Auguste Dominique Ingres’s magisterial The Virgin with the Host (1860). Both paintings, in spite of being worlds apart, lend a note of pure and austere classicism to the collection.

European sculpture has been a long-standing interest of the Resnicks. The couple has assembled a collection that spans more than 400 years and includes Italian and French marble busts, English full-length neoclassical figures, French eighteenth-century terracottas, as well as bronzes dating from the Renaissance to the twentieth century. Some of the best-known sculptors in the collection include Barthélemy Prieur, Giambologna, Claude Michel (Clodion), Jean-Antoine Houdon, and Aristide Maillol.

Eye for the Sensual also includes a selection of Art Deco furniture and decorative arts, a more recent interest of the Resnicks. The couple has favored the elegant creations of such artists as Emile-Jacques Ruhlmann and Jules Leleu, as well as numerous pieces by Italian designer Gio Ponti, whose ceramic plates and vessels include depictions of the female figure in various activities. These modern touches gracefully enhance the setting and set the stage for this engaging and evocative exhibition. 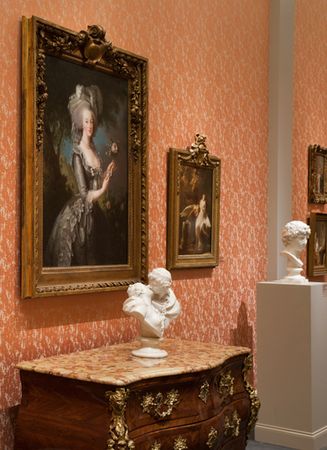 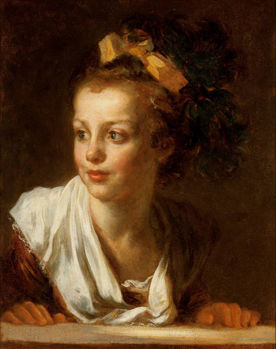 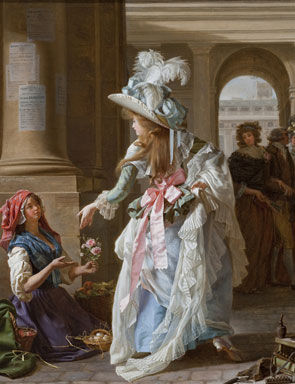