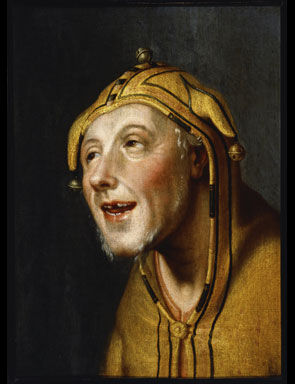 *MUNICH.- The dialogue-exhibition contrasts works by Marlene Dumas with historical examples of the Tronie art form. Tronies are portrait paintings that are characterized by a particularly virtuosic handling of the artistic means, intense expressiveness and individual physiognomy. It was only recently that Tronies were discovered to be an independent form of painting through art historical research.

Tronies
The word Tronies comes from 16th and 17th Dutch usage and means ’head’, ’face’ or ’expression’. Tronies were initially painted from life as reference models of figures in historical paintings. They were particularly coveted by collectors as examples of an artist’s signature. Tronies as a form of painting became more emancipated over the course of the 17th century: Such images were increasingly created as autonomous artworks and became available for sale on the art market. This development was encouraged, above all, by two young painters, Jan Lievens and Rembrandt in Leiden. Amsterdam, Delft and Haarlem were also important centers for Tronie production in the northern Netherlands. In the south, Tronies created by leading Old Masters, such as Peter Paul Rubens, Anton van Dyck and Jacob Jordaens, were also used to train artists in these painters’ workshops. Unlike normal portraits, Tronies served no representative function. The heads were usually isolated and appeared almost as cut outs in front of neutral backgrounds. The identity of the models was a minor matter. In contrast to figurative paintings or those of religious figures, Tronies were not necessarily defined by their moral or narrative content. Rather, they explored the spectrum of human physiognomy and expressiveness and reflected characterological ideas that belong to the early days of psychology. The viewer is free to make his own associations.

"I use second-hand images and first-hand emotions." (Marlene Dumas)

In this exhibition the Netherlandish heads are contrasted with works by Marlene Dumas from all decades of her career. In addition to other figurative motifs, drawn and painted representations of heads form a constant in the work of the artist, who was born in 1953 in Cape Town and moved to Holland in 1976. In contrast to the Old Masters, whose works were based on living models, Marlene Dumas works primarily with photographic reproductions from books, fashion or popular magazines, as well as from newspapers. In doing this she draws not only on images of well-known figures but also of crimes, catastrophes, etc. Themes include not only everyday occurrences, such as birth, love, sex, suffering, death and religion, but also Apartheid and stereotypes of racism.

Marlene Dumas does not regard her representations of heads as portraits. She already relaxes their connection to the original images through the ambiguous titles of her works. The often larger-than-life painted faces do not allow specific psychological interpretations. Marlene Dumas, for instance, presents Naomi Campbell as an icon without glamour ("Naomi", 1995): The supermodel has been transformed into the interchangeable embodiment of a beautiful woman. Images of men who populate our visual memory also undergo metamorphoses. "The Pilgrim" (2006), for example, presents us with a suprisingly colorful image of Osama Bin Laden. The painting "Waterproof Mascara" (2008) recalls the Baroque metaphor of the world as a stage on which everyone has his assigned role to act.

The survey of works is made complete with a selection of drawings from the multiple-part series "Females" (1992-93), "Jesus-Serene" (1994), "Models" (1994) and "Rejects" (1994-). The series "Females" is a kind of encyclopedia of women that is founded on the opinion that every woman is beautiful. "Jesus-Serene" is a collection of male portraits based on images or sculptures of Jesus from all of art history. The selection also includes portraits of Marlene Dumas’s colleagues and friends. Despite the diversity of the faces, they all share a serene expression. "Models" (1994) is concerned with icons of the mass media, such as film stars and cover girls. The muses and mistresses, who served as models for the Old Masters to represent "Juno", "Lucretia" or "Bathsheba", are here, too. Time and again Marlene Dumas refers to works from the past, from Cranach to Caravaggio to Courbet.

The concept of the Tronie as an art form, which was only addressed within the scope of Rembrandt exhibitions, is now formulated for the first time in a dialogue with contemporary painting. In doing this, important similarities are made apparent, such as the immunity of the works to their interpretation as portraits.

The exhibition is curated by León Krempel 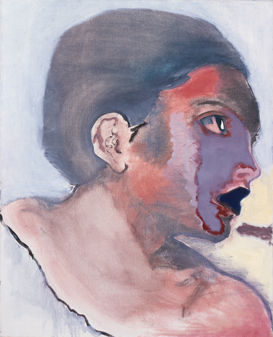