The necklace designed as a series of scalloped clusters set with cabochon rubies and brilliant-cut diamonds, the spacers set with similar stones, length approximately 410mm, signed VCA and numbered, French assay and maker's marks, detaches to form one bracelet measuring approximately 170mm, together with a pair of pendant ear clips, set with similar stones and brilliant-cut diamonds of yellow tint, all mounted in yellow gold. Est. 75,000—130,000 CHF. Lot Sold 110,500 CHF

Property of a lady - Formerly in the collection of Christina Onassis Property of a lady - Formerly in the collection of Christina Onassis

NOTE: Christina Onassis was born in New York City in 1950, the only daughter of Greek shipping tycoon Aristotle Onassis. She grew up amidst immense wealth, and her life was spent between Paris, New York, Athens and on the Christina, the fabulous yacht her father built and named after her. After her father died in 1975, Christina took over the reigns of the Onassis empire, and proved to be a very astute business woman. She was president of the Alexander S. Onassis Foundation, which was established in memory of her brother who died in 1973. Christina passed away in Argentina in 1988, at the age of 37. 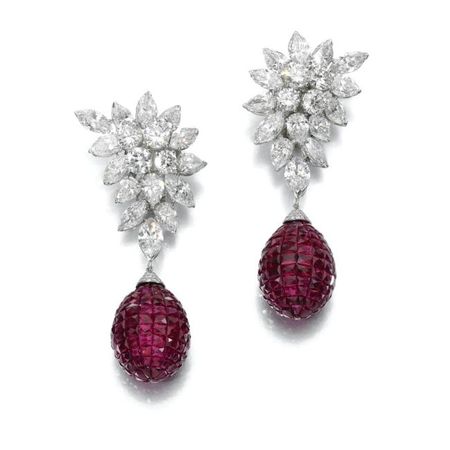 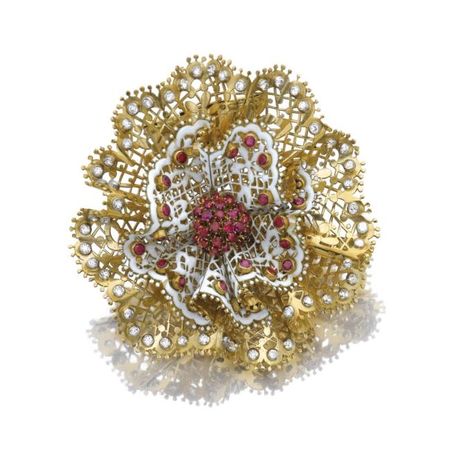 LITERATURE AND REFERENCES: Cf: Van Cleef & Arpels, Paris 1992, page 158 for an illustration of a similar clip set with sapphires.