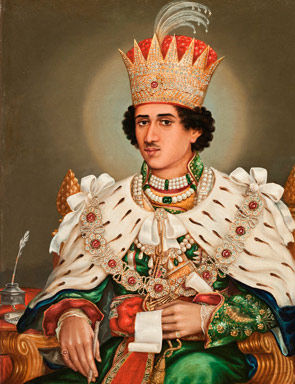 LOS ANGELES, CA.- The Los Angeles County Museum of Art (LACMA) presents India’s Fabled City: The Art of Courtly Lucknow —the first major international exhibition devoted to the cosmopolitan culture of the northern Indian court of Lucknow, and the refined artistic production of the city’s multiethnic residents and artists. On view from December 12, 2010 through February 27, 2011, the exhibition includes almost 200 artworks: European oil paintings, watercolors, and prints; Indian opaque watercolor paintings generally made for albums, vintage photography, textiles, and garments, and a range of decorative art objects including metalwork, glassware, weaponry, and jewelry.

Organized by Stephen Markel, LACMA curator of South & Southeast Asian art and department head, and Tushara Bindu Gude, associate curator, The Art of Courtly Lucknow not only presents the unique artistic traditions of Lucknow, but also provides a framework for understanding the history of this extraordinary region and the nature of India’s colonial history and memory.

“Lucknow was the nexus point for one of the great dramas of history,” said Markel. “Not only were starkly diverse cultures competing with immense riches and political domination at stake, but the dynamic lead characters and brilliant aesthetic achievements all made for a deeply poignant era and vital artistic legacy.”

Lucknow was the capital of Awadh (a province in the Mughal Empire located in the present-day Indian state of Uttar Pradesh), and has become identified with the broader region and culture. From the mid-eighteenth century until the establishment of formal British rule in India in 1858, Lucknow overshadowed Delhi—the capital of the Mughal dynasty—to become the cultural center of northern India. Indian artists, poets, and courtiers flocked to Awadh seeking security and patronage, as Delhi suffered an extended period of unrest beginning in 1739.

European artists, travelers and political agents were also soon lured to the region, seduced by tales of the wealth, opulence, and the generosity of Lucknow’s rulers (nawabs) and by the beauty of the city itself. The dynamic interaction between Indians and Europeans, the interplay between their respective tastes and traditions, and the hybrid lives led by many of Lucknow’s residents are explored in the exhibition and accompanying publication.

The Art of Courtly Lucknow examines this interaction against the broader narrative of India’s colonial history. Following the Indian Uprising of 1857(also known as the Great Mutiny, Rebellion, or First Indian War of Independence) and the consolidation of British power in India, Lucknow’s prestige decreased dramatically. It continued, however, to be an important center for the production of luxury objects and a key destination for European and Indian visitors.

British and Indian artworks of the late nineteenth century indicate the different ways in which the image and memory of Lucknow were deployed. Many works chart the loss of diversity and the fixing of national identities and aspirations, but some also recall Lucknow’s past glory. In the popular culture of modern-day India, Lucknow has an ambiguous history. It evokes nostalgia for a lost past but is also presented as a source of national and cultural pride. 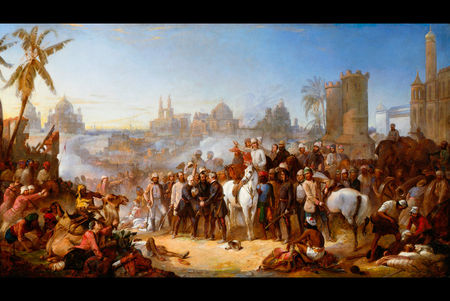