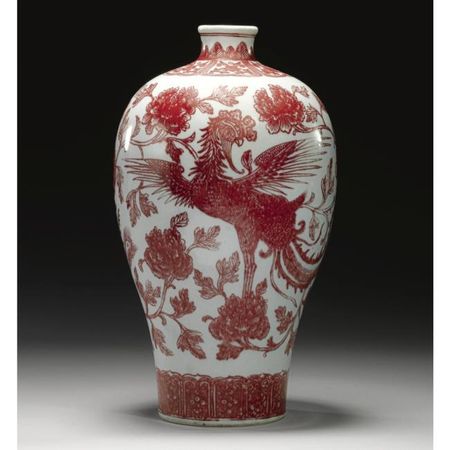 the broad round-shouldered body rising from a recessed base to a narrow short neck with everted rolled rim, painted in rich red tones around the exterior with two large phoenix amidst leafy peony sprays, all between a lotus-lappet band at the base and a flower-filled lappet collar and stiff leaf band at the neck; 35.5cm., 14in. - Est. 25,000—35,000 GBP. Lot Sold 37,250 GBP

NOTE: This vase is impressive for the skilful and freely rendered design of phoenix and peonies using the temperamental copper red pigment, and no other related example appears to have been published. For a slightly smaller meiping decorated with a wide central band of a phoenix amongst flowering branches between a band of stiff leaves at the foot and a peony scroll on the shoulder, see one sold at Christie's Hong Kong, 13th January 1987, lot 518. For a meiping vase decorated with a related design in the doucai palette, see one illustrated in The Complete Works of Chinese Ceramics, vol. 15, pt. II, Shanghai, 1999, pl. 128. 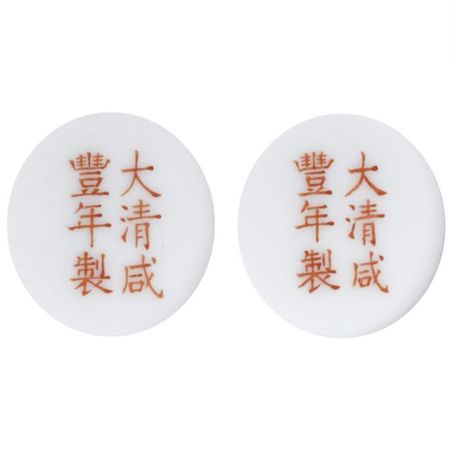