The Royal Academy of Arts presents the first major retrospective exhibition of Jean-Antoine Watteau’s (1684 – 1721) drawings to be held in the UK.

The display contains over 80 works on paper produced by the French artist. The exhibition is organised chronologically and examines the development and mastery of his drawing methods. The drawings selected for the exhibition demonstrate the full range of Watteau’s subject matter; from fêtes galantes, (a genre Watteau invented which depicted social gatherings of elegant people in parkland settings) and theatre pieces to portraits and shop interiors.

Drawing lay at the heart of Watteau’s creative process; he prized his drawings and kept them in bound volumes which enabled him to refer to them when composing his paintings as they were an essential source of inspiration for figure poses. Throughout his career Watteau worked continually in red chalk; early works using this medium on display include The Shipwreck c. 1710 and Interior of a Draper’s Shopc. 1710-11. Although he achieved as broad a range of colour and tone as is possible through this medium, he is best known for his mastery of the trois crayonstechnique, the subtle manipulation and expert balancing of red, black and white. He made very little use of pen and ink and occasionally combined chalk with graphite, and also employed washes.

12 March—5 June 2011. In the Sackler Wing of Galleries www.royalacademy.org.uk/ 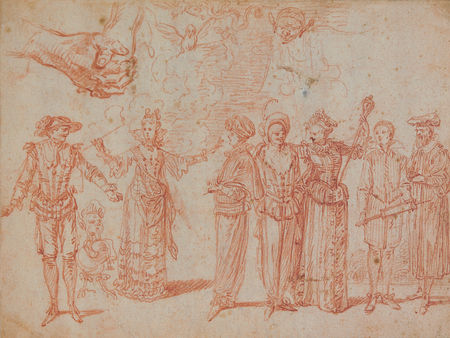 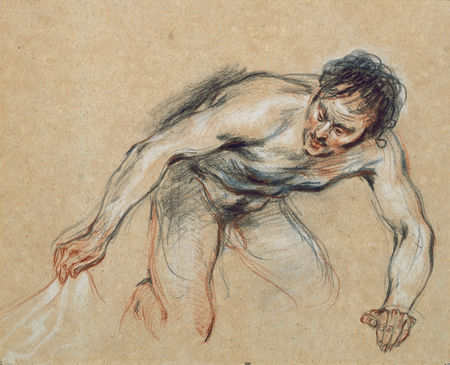 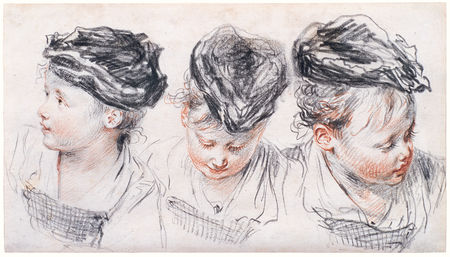 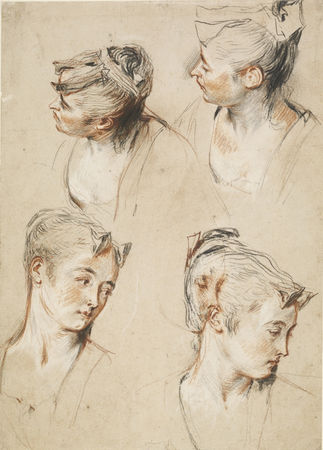 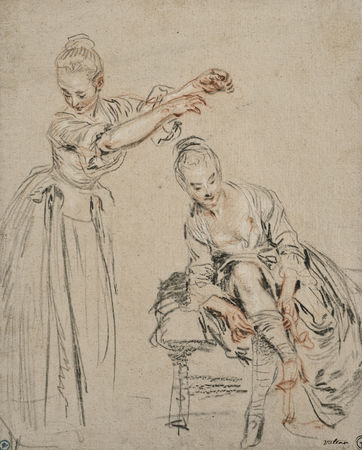 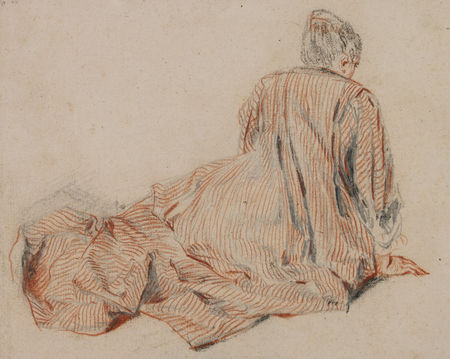 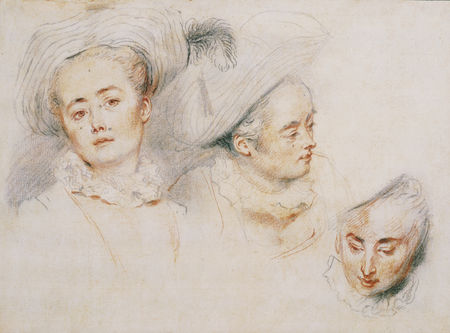 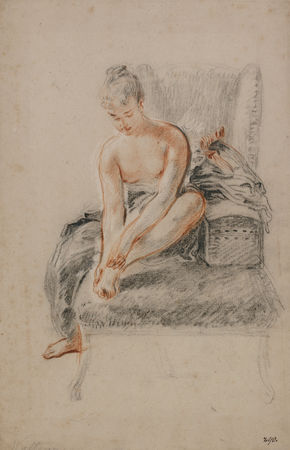