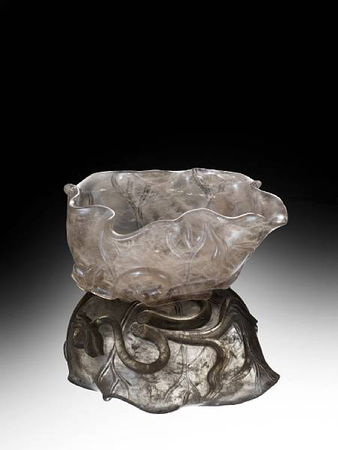 Deeply carved in the form of a curled lotus leaf with undulating rim, its stem forming the base, with further stems and lotus flowers carved in high relief to the sides, the crystal of a smokey brown hue. 9.8cm (4in) wide. Sold for £3,360 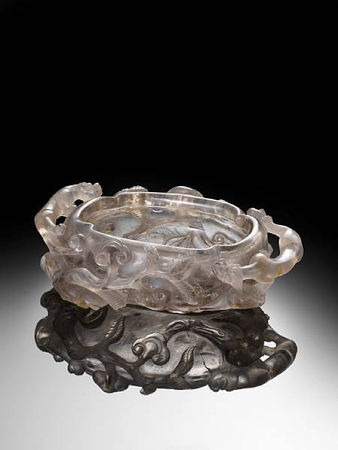