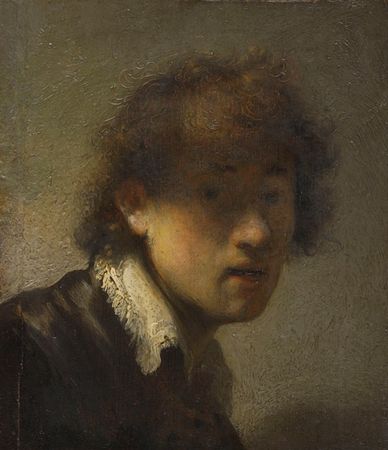 AMSTERDAM.- Although it is well known that the famous French impressionist painter Edgar Degas (1834-1917) was inspired by Rembrandt, the forthcoming exhibition is the first actually devoted to Rembrandt’s influence on Degas. This summer, the Rijksmuseum presents a series of self-portraits of the two artists when they were young. Rarely displayed together, the Degas self-portraits originate from internationally renowned collections such as those at The Metropolitan Museum in New York, The National Gallery of Art in Washington and The Getty Museum in Los Angeles. One of the Degas self-portraits is particularly special, as it comes from a private collection and has never been shown before. Including more than 20 individual pieces, the exhibition takes place at the Rijksmuseum from 1 July to 23 October 2011.

Each year, the Rijksmuseum organises an exhibition showing how the masters of the Dutch Golden Age inspired artists of a later period. Following on from the success of Miró-Jan Steen in 2010, the 2011 exhibition focuses on Edgar Degas, who was heavily influenced as a young man by the self-portraits of the young Rembrandt. The self-portraits show the artists around the age of 23, at a time when they were both starting out on illustrious careers. Degas was in Rome at the time, studying art, including that of the old masters, and he became inspired by Rembrandt’s etchings. We can see the inspiration in particular in his experiments with various poses and with the already widely praised use of light and shade. In addition to a large number of etchings by Rembrandt and the Self-Portrait as a Young Man from the Rijksmuseum collection, the exhibition also includes a magnificent panel self-portrait by Rembrandt on loan from the Alte Pinakothek in Munich.

After the Rijksmuseum, the exhibition will move on to The Clark Art Institute in Williamstown (November 2011 – February 2012) and The Metropolitan Museum of Art in New York (February – May 2012).
Posté par Alain Truong à 08:49 - Exhibitions & Fairs - Commentaires [0] - Permalien [#]
Tags : Edgar Degas, Rembrandt, Rijksmuseum