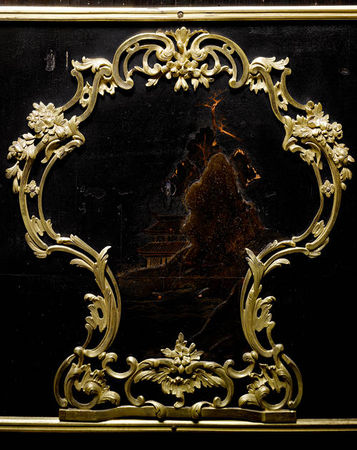 Note: The innovation of the design, notably the creation of unusual floral mounts, the perfectionism in composition as well as in execution allow to relate this bureau to the Beurdeleys. The present piece, that can be dated circa 1860, would then have been made by Louis Auguste Alfred Beurdeley when he started to work as an ébéniste, before his son developed the workshop.

The lacquer panels to the interior, with designs fitted into a circle, might correspond to old Japanese family crests.