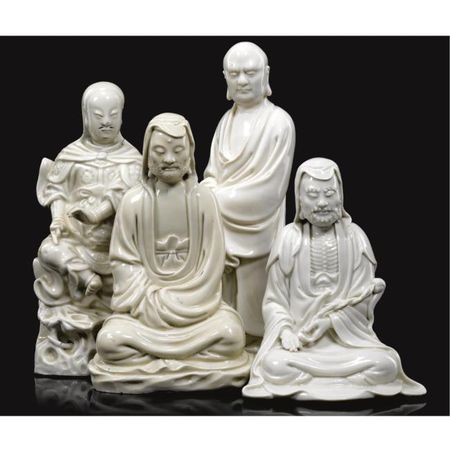 the bearded ascetic seated in meditation on a rockwork base, his hands hidden beneath the folds of his loose-fitting robe, 20.3cm., 8in; together with a blanc de chine figure of a Luohan, 19th Century, seated holding a fly whisk, the open robes revealing the emaciated chest, a blanc de chine figure of Zhenwu, 17th/18th Century, the figure clad in a suit of armour and seated on rockwork with a snake and tortoise, and a figure of Luohan, 17th/18th Century, the standing figure dressed in loose fitting robes. Est. 4,000—6,000 GBP