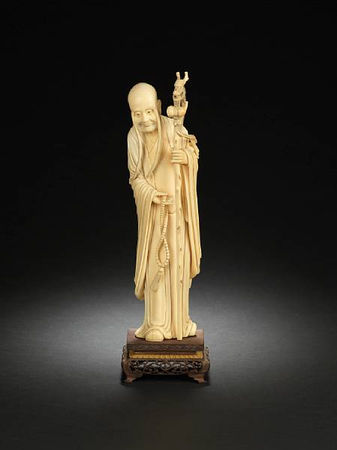 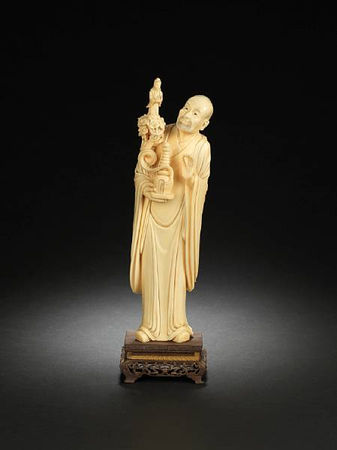 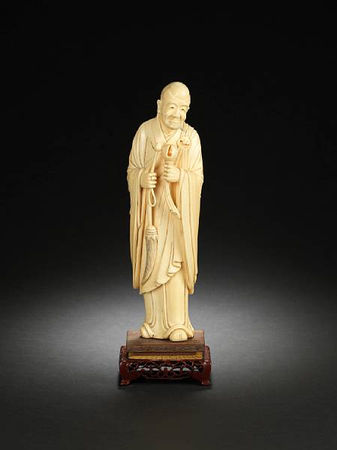 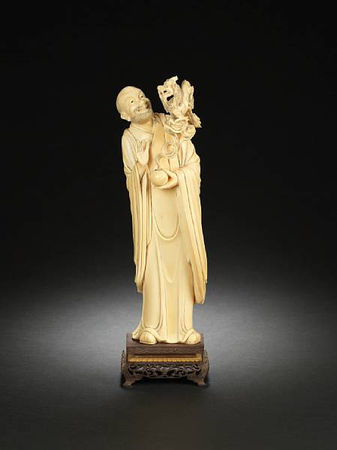 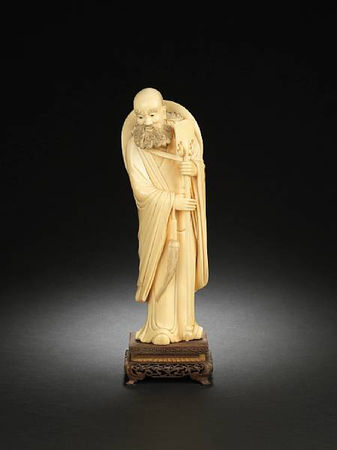 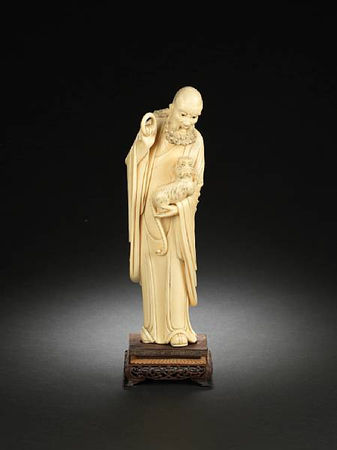 Variously attractively and delicately carved in a similar position, standing upright with long flowing robes, each holding his attribute at his side, fitted wood stands, fitted boxes. All about 26cm (10in) high (36). Sold for £356,000